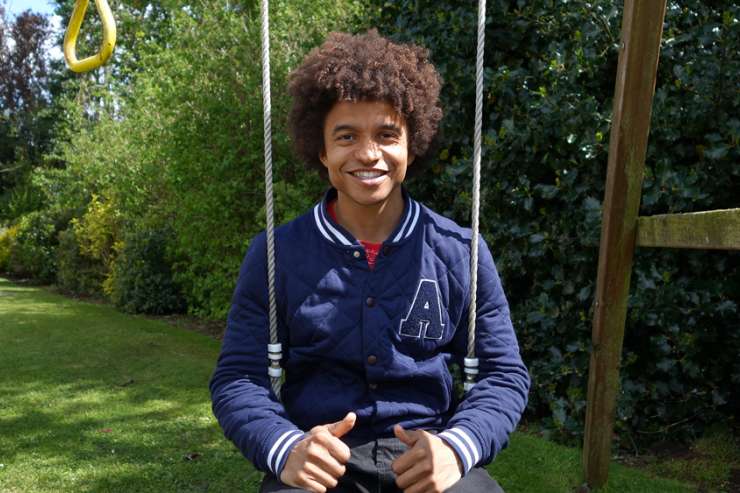 Brathay Trust, the Ambleside charity that supports young people facing significant challenges in their lives, will be the focus of a BBC Lifeline Appeal featuring the popular TV presenter, Radzi Chinyanganya.

Best known for his time spent on Blue Peter and, more recently, presenting much loved shows such as Songs of Praise, Crufts and coverage of the London Marathon, Radzi will use his natural affinity with young people to meet and chat with those whose lives have been turned around as a result of the support and development programmes that Brathay delivers within urban communities.

The short film will feature Brathay’s work, not only at its residential centre in Ambleside, but also in the home towns of some of the many young people and families it supports.

The film will introduce Poppy, a previously homeless mother of two in Bradford who was struggling with addiction before joining Brathay’s ‘Families First’ programme. The film shows how Poppy, with the ongoing support of her Brathay Key Worker Vikki Cockroft, has gained the confidence and motivation to get clean; return to college and get her life on track.

Radzi then meets Laura, 20, who as a child lived in a refuge on the Wirral with her mum and subsequently suffered with low self-esteem and confidence issues. As part of Brathay’s ‘Get Real’ employability project she attended a course in her local community and residential course at the charity’s Ambleside centre that proved to be life-changing. Meeting others in similar situations gave her the confidence to apply for an apprenticeship and she is filmed in her job at a prestigious hotel on the Wirral, having won awards and gained qualifications along the way.

Radzi says: ‘I know from my job working with children and from my own experiences growing up that having great support in formative years is so important. For some it’s not always possible.’

The film also features Callum, from Sheffield, who speaks out about bereavement and how a ‘Time 4 You’ support group run by Brathay at his local hospice is helping him to get over the death of his beloved Nanna.

Radzi will explain how Brathay reaches out to young people facing difficulties, many of them vulnerable; lacking in confidence or opportunities; suffering from poor mental health, or making the wrong choices and putting themselves at risk.

‘It is great to be backing this appeal for Brathay Trust,’ he says. ‘Some of us are luckier than others with the start we get in life and Brathay believes all young people have something to offer but they sometimes need support to become aware of what their options are, make positive choices and move forward.’

As a charity, Brathay believes that with the right support at community level, and backed up by appropriate challenge-based residential stays at its centres in the Lake District, young people have the capacity to make positive, significant change.

Anyone wishing to support the Appeal can do so at the programme’s website page.