Cycling's a gas for the Terminal Trundlers 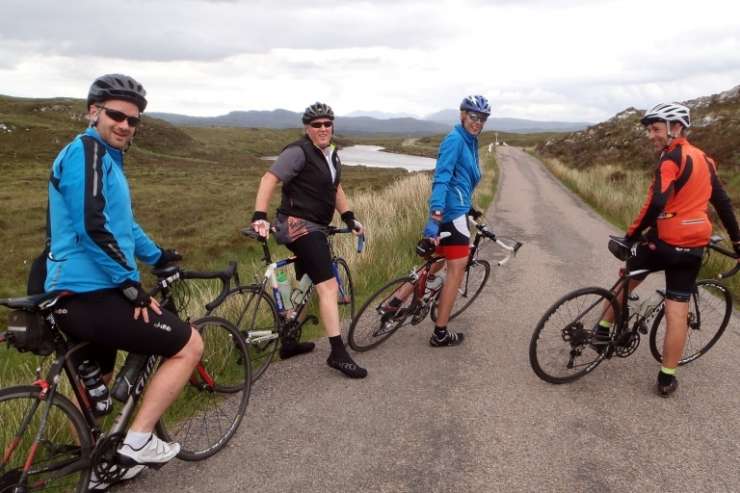 Cyclists who met whilst working at Barrow’s Gas Terminal - now owned and operated by Spirit Energy - have completed their toughest challenge yet as a fundraiser for us.

This summer five members of Barrow’s ‘Terminal Trundlers’ cycled 400 miles from Glasgow to Durness raising vital funds for our work in Barrow and the Furness area.

“This was, without doubt, our hardest ride yet; a 400 mile, five day cycle from Glasgow to Durness on the northwest tip of Scotland.

“We climbed a total of 25000 feet, burned 25000 calories in the process and nearly gave up the day we had to cycle in torrential rain with winds gusting up to 50 mph. But we kept going and we were rewarded by some magnificent scenery along the way.

“Terminal Trundlers first started fundraising through the ‘Tour de Furness’, a cycling challenge organised by the Rotary Club of Furness and Topmark.

“Over the years we have had as many as 10 cyclists completing the Tour de Furness and four or five stalwarts doing the infamous C2C cycle route from Whitehaven to Tynemouth or Sunderland. Others have tackled Welsh and Scottish C2C challenges, the Fred Whitton, Lakeland Loop, Cumbria Cracker and Trough of Bowland.

“We got to know about Brathay by attending courses organised by Centrica at Brathay Hall near Ambleside. After seeing and hearing about Brathay’s great work with children, young people and families we felt it was a worthwhile charity to support. And they have a Barrow base.

“We’ve been cycling and fundraising for the last 14 years, in that time raising £50,000 for charity. We can’t thank those who donate and support us enough, including Spirit Energy. We hope our total at the end of this year will be between £3,000 to £4,000 benefiting Brathay and other local charities” added Martin.