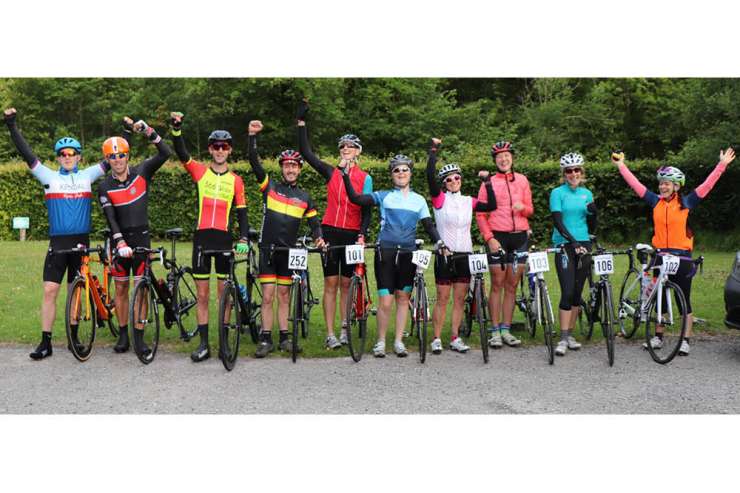 This weekend we saw 4 more solo riders and, for the first time, a team complete the Brathay 262. At 6am on Saturday morning 10 riders lined up to set off on their first lap of the 2018 Brathay 262.

Early on we began to suspect we were likely to see some records fall and it wasn't long until this was proven to be the case with Steve Gregory breaking the record for the fastest single lap (on his 2nd lap) finishing in 1:15:43, an average speed of over 20mph. Steve then went on to continue at a more sustainable pace finishing just over a minute behind the event leader, Keiran Sandham, with a total time of 15:57:12.

Given that Steve signed up to the event after coming along to the start of the Brathay 10in10 (just over a month before) we're very impressed.

The record breaking continued throughout the event with Keiran Sandham, of Kendal Cycling Club, toppling the record for fastest Brathay 262.

Riding fairly consistently throughout Keiran set some impressive lap times, his fastest being less than 6 minutes behind Steve's record. Keiran went on to complete the event in a total time of 15:55:56, knocking 50 minutes of the previous record as he went.

For the 2018 Brathay 262 we were again joined by Steve Jones who went on to complete his 2nd Brathay 262 becoming the only person to have completed the event more than once.

Pete Abernethy was our final solo rider to return finishing well inside the 24 hour limit with a total time of 22:22:03. We'd like to congratulate all of the riders for an impressive performance throughout.

As well as being a year of records, 2018 was also a year of firsts. For the first time ever we were also joined by our first team to complete the event. The Spokeswomen team signed up to the event to train (yes a 24 hour events as training, mad we know) for their Race Around Ireland later this year. The 7 team members completed 37 laps covering nearly 1000 miles in a little over 16 hours.

The event offered them a great opportunity to test their plan for their race later this year as well as being a good opportunity for them to get used to riding for extended periods of time at all times of day.

One of the team members even managed to join Pete Abernethy for his final lap setting off at 2am, everyones favourite time for a bike ride... we wish them all the best with their Race Around Ireland in August.

Full results for the event are available here.