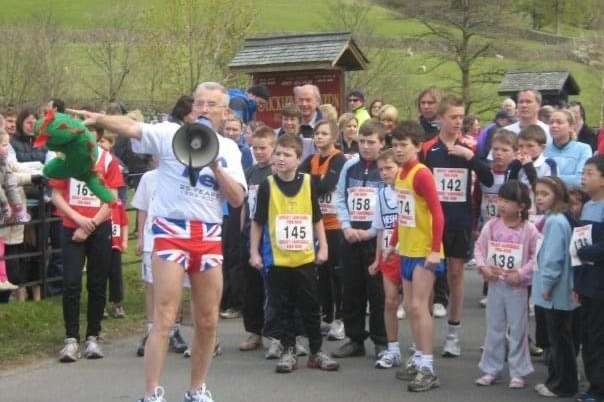 I'll get the gloating out of the way first! F.A. Cup 4th round - Manchester United 3 Liverpool 2! And even more great news, our granddaughter Olivia (who started the races for about 13 years) had her second son Oskar last week, a little brother for Felix.

On a sad note, I wish to remember our great friend John Nettleton MBE who sadly passed away recently. John took part in many of the races and helped to establish Fell Foot Park Runs.

Back to running! We're all still hoping the future races will take part, so keep up your training. I know how difficult this must be, with seemingly no 'end product', but you'll feel a million dollars when you cross the finishing line after completing the world's toughest marathon - no matter whatever time it takes. As one of the first competitors remarked,

"You haven't run a marathon if you haven't done Langdale!"

Speaking of the severity of the race, the course record for the marathon, held for many years by Steve Litter, a road runner from Wesham RC with a time of 2 hours, 44 mins and 10 seconds.

The half marathon was held by Paul Muller, also Wesham, with a time of 1 hour, 12 mins and 14 seconds. Forgive me of these times are slightly out, because we had a burst water pipe in our attic and we lost many records and photographs so I have to rely on my memory for so many events and occasions.

I will attempt to give you a not-so-brief potted history of my 84 years so far. Most of my life was spent in Manchester. In the early years we lived through the war - air raids and destruction were commonplace. When I eventually left school I worked as a clerk for the Daily Telegraph and then in the Co-op bank until one fateful night when a group of friends met in our local pub and decided that signing up for the army was a good idea!

Aged 17 1/2 years I volunteered for 22 years in the REME because I got 3 pence a week (Almost 2 new pence) for boot allowance. More than if I'd signed up for 3 years! Needless to say, I resigned after 3 years.

On a lighter note, to recall one of my many mishaps in the army, was when my colleague and I (after sampling a pint or two of scrumpy, a very rough cider), thought we'd go for a walk along the very steep shingle beach at Sidmouth in Devon. Only to be engulfed by a particularly large wave which carried my cap out to sea! We were in full uniform and luckily I managed to escape being confined to barracks as my mate was the barracks store keeper and replaced the cap.

This same friend had another good idea while looking after the armoury stores over a holiday weekend. Somehow or other we ended up sleeping on a bed of rifles which had been left by soldiers who were on leave. Just one of many escapades!

Whilst I was in the army I took up running and indeed finished 8th in the Battalion Cross Country Race, running in army-issue pumps. This sealed my fate for the rest of my life.