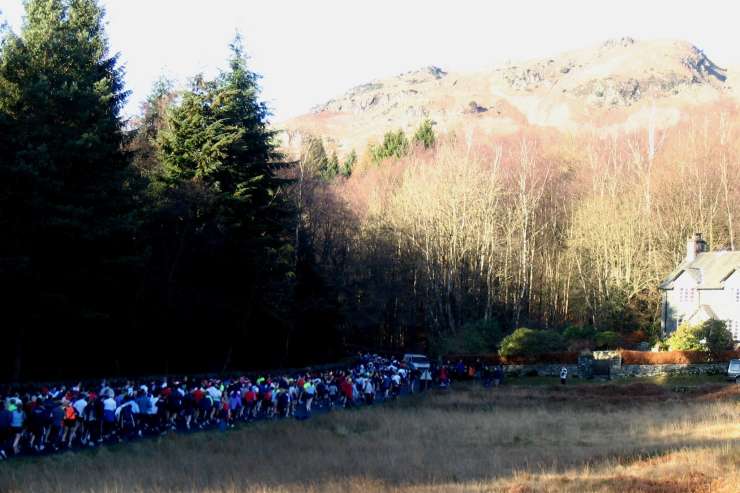 STOP PRESS! After many years, Dorothy has presented me with a stop watch (mind you, it was a free gift from a magazine). The problem is now I'll have to use it - I don't run with my glasses on and there are all sorts of winders and dials.

Going back briefly, to my somewhat chequered army career, I had the minimum of running kit and training routine and didn't have a watch. In my defence, I managed to reach the army finals for the 3 mile track race. Unfortunately I was persuaded to borrow a pair of sprinters' spikes which almost crippled me and I abandoned them after a mile, running the last two miles in bare feet - not to be recommended on a cinder track! More of my army career anon.

I almost repeated this feat some forty years later by running bare foot against the greatest distance runner of all time, Dr Ron Hill MBE. Needless to say he won the race - Salford 7 miles - not something I'd ever attempt again! Although the course was flat the scenery was, and still is, GRIM - think 'Hobson's Choice' 1954. Ron was kind enough to give me a lift home.

I don't know about you, but this pandemic is driving me up the wall! I'm recovering from injury but I hope things get better for everyone and we can get back to some normality and we can meet friends we haven't seen for ages.

Feeling inspired to run? Sign up to the Langdale Marathon or Half Marathon.