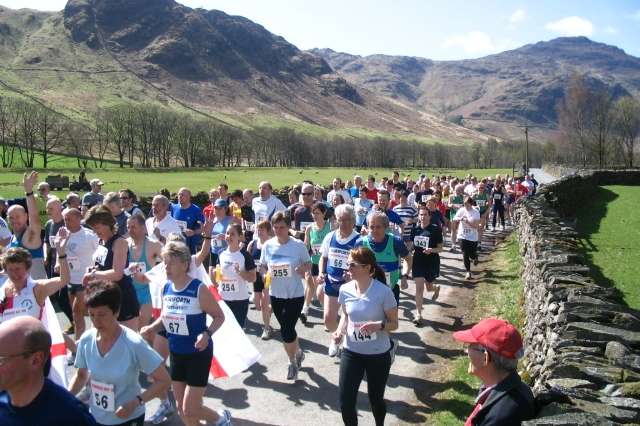 'Spring is sprung, the grass is riz, I wonder where Man City is?' Manchester City 0 - Man U 2 if you're interested!

Speaking of Spring, it's hoped and expected that Park Runs will be back very soon in Rydal Park, Ambleside for 4-10 year olds on April 11th, with more categories being subsequently added.

Back to my running career in the army. A very proud moment - I was chosen to captain the 3 mile track team at the REME Company Sports at Heathfield Camp, Honiton in Devon. The tactics (such as they were) were simple: the fastest of our team would run his own race and I would help to DRAG the other somewhat reluctant team members round the 3 miles of track! The plan worked, but one of the ungrateful louts (from Accrington if I remember rightly) shot Robin Hood - namely me- in the back by passing me on the line. Still, we won the team race. The reward was an alarm clock which was smashed by an ungrateful billet bunk mate when it went off at 5 o'clock the following morning!

But our company 2nd Lieutenant was so chuffed with the team, he took us for a meal in his Austin Healey sports car. I know you won't believe this, but this was only the second time I'd been in a car apart from at my brother's wedding 5 years previously!

I think that's all, so bye for now and I'll write again soon.