Over £15k has been raised for disadvantaged Furness youngsters 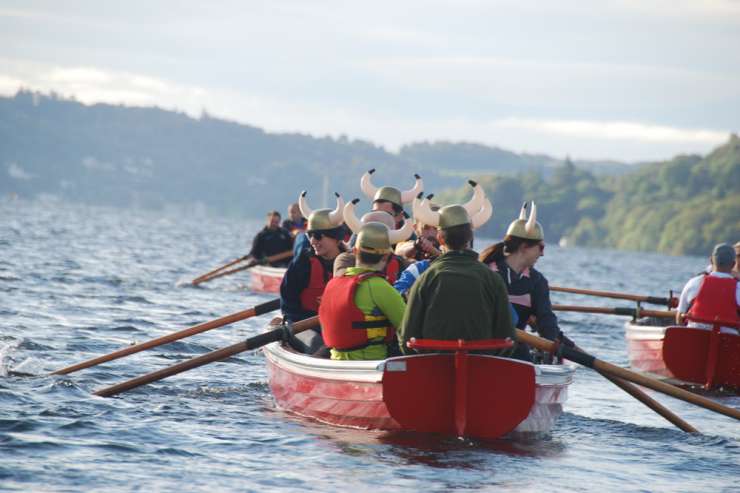 Six businesses have raised over £15,000 for disadvantaged Furness youngsters by completing a rowing and running challenge sponsored by BAE Systems Submarines. The event is a fundraiser for our work with youngsters in the Furness area.

The fifth RowRunner Challenge, which took place this month (Saturday 16 September), involved teams of up to eight people in traditional whaler boats rowing to the southern end of Windermere and back as quickly as possible. On route each boat must stop to allow a pair of runners to ascend and descend Latterbarrow, Gummer’s How and Wansfell - three fells that overlook the Lake on whose northern shore Brathay is based.

Kendal’s Bluefin (insurance) team were first back in eight hours and seven minutes followed by a Centrica team from Barrow who completed the challenge in just under nine hours. Barrow’s BAE Systems Submarines were placed third with a time of nine hours and 15 minutes. In fourth place were Associated British Ports, in fifth place were Lombard (finance) and Premier Wealth Management finished in sixth place.

Over the course of the challenge the teams rowed 20 miles and their runners ascend 3,381 feet over 15 miles. A team from Kings College Taunton holds the record for completing it the fastest, seven hours and one minute.

“All the business have raised an incredible amount of money as a result of their challenge, almost double what they anticipated. It is such good news for Furness youngsters who are need of extra support to help them with very challenging circumstances. For instance those who are at risk of child sexual exploitation (CSE) and young care leavers

“We are delighted that BAE Systems Submarines is really behind this event, as a sponsor and a participant, it says a lot about how committed they are to their local community.

“The teams who took part say it is a great fundraiser and team building event” added Julia.

Brathay Trust has been successfully improving the life chances of young people for 70 years. Last year (2016) the charity worked with over 7,000 young people providing support and development in their local communities.