The 11th Brathay 10in10 and ASICS Windermere marathon 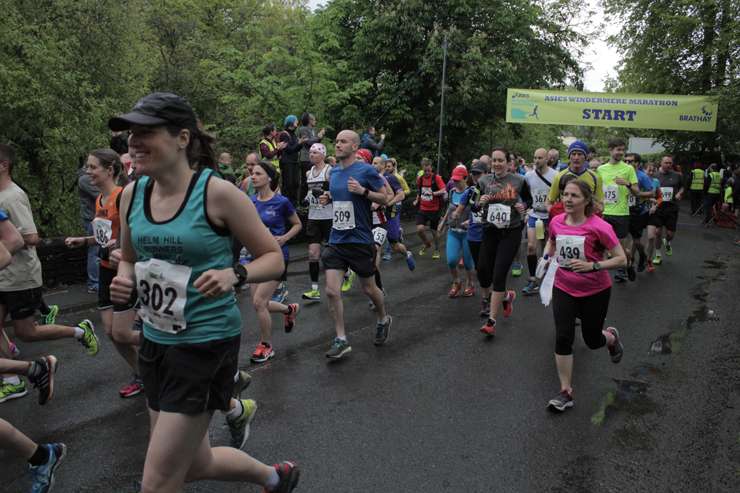 Last Sunday over 650 runners plus spectators and supporters came together to raise over £100k to support our work with vulnerable children and young people. Of equal importance is the fact that this event continues to be a celebration of willpower, friendship and inspiring stories.

One runner is still running – 10in10er Bob Bowman is making his way back to Leeds from Windermere, along the Dales Way. Bob is aiming to raise £25,000 for the Brathay, Leeds Rhinos Foundation partnership. He will finish in front of a huge crowd at Headingley Carnegie Stadium ahead of the Leeds Rhinos' fixture against Warrington Wolves later today.

104 people have now completed the 10in10 and we have already had expressions of interest from about 90 people (50 of which we've received since Sunday) for the 2018 event.

The first runner back in the ASICS Windermere Marathon was Julian Goudge with a time of 2:47:48 and the first woman over the finish line was Sally Ford. A member of the Brathay 10in10 Club she was part of the ‘Team Camera Dude’ running in memory of Martin Campbell. Sally’s time was 3:15:44 making her 24th overall. Matt Campbell (Martin’s son) won the ‘Martin Campbell Memorial Trophy’ awarded to first local runner (3:03:14 – 9th overall). We were delighted to welcome Gary Wade back to complete his 11th Windermere Marathon at Brathay.

Our first ‘Go Active at Brathay’ day, a chance for people to discover an activity that could become a regular way of keeping fit, was well supported and we will be looking to grow it next year.

As we take stock, and start to plan for next year’s events, do get in touch with any thoughts and suggestions.