A cracking set of results 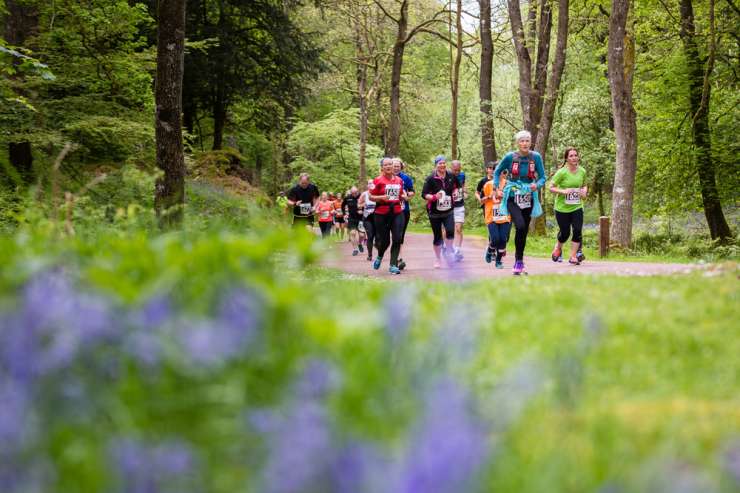 On Sunday (19 May) over 1,200 people took part in running events to raise over £100,000 for our youth work across the north of England. And some new records were set.

975 people took part in the 13th ASICS Windermere Marathon, setting off from the front lawn of Brathay Hall. The 26.2 mile course is a demanding anti-clockwise route around England’s largest lake via Hawkshead, Newby Bridge, Bowness-on-Windermere and Ambleside.

“Our running events are bucking national trends, we saw record numbers signing up for the marathon and one of the largest fields to enter the 10in10. We were delighted that so many took part in our new 5K race and the junior races were as popular with almost 50 youngsters taking part

“We saw some top class running and new records set for the Marathon. The first back was Rob Corney from Reading Road Runners in an impressive 2:29:56, knocking more than 2 minutes of the previous record set in 2011. The women’s race was won by Mary Hammond in 3:02:58, more than 4 minutes ahead of the previous record from 2009. Mary’s run was even more remarkable as she finished 12th overall in what was her first marathon,” said Scott Umpleby.

For 16 of the runners it was their final marathon in a series of ten which they began last Friday (10 May), Brathay’s 10in10.

Tony Hooper, 44-years-old and from Grimsby returned for his third 10in10 and ran each marathon in under 4 hours making him the fastest. In the 13 year history of the 10in10 only 12 others have managed a similar time.

The fastest female 10in10er was 44-year-old Marie Williamson who runs with Glossopdale Harriers and Derbyshire Dynamos. She ran her first marathon in 4:35:59 and averaged 5:06:45.

Local 10in10ers were 49-year-old Sonja Farish who runs with Barrow & Furness Striders and James Thomas, both from Barrow. And ex Lakes School pupil Matt Whitehead. All three ran each marathon in a 4½ to 5½ hrs each day.

The day also saw 158 runners take part in Brathay’s newest race offer, a 5K. The course took runners through Skelwith Fold and along the River Brathay. The first runner back in the 5K was Rob Pope with a time of 17:35 and the first woman over the finish line was Lauren Booth from Glaxo Hoad Hill Harriers in a time of 22:40 making her 9th overall. Locally quarried slate medals were provided by Burlington Stone to all those who crossed the finishing line.

“The weather was cool and overcast with some dampness in the air – perfect for running – with the sun coming out later on to shine on those crossing the finishing line,” said Scott Umpleby.

“Thank you and congratulations go to all who took part in our biggest fundraiser. Thanks also go to hundreds of other people that help make this possible including sponsors like Audi, Pete Bland Sports and Skelwith Fold Caravan Park who let us take our 5K race through their land. Two hundred volunteers, drawn from local organisations as diverse as the Freemasons, Rotarians, Cumberland Building Society and armed service veterans, act as marshals, operate water stations and man stalls, stands and car parks.

“There’s also a dedicated and skilled army of people who support our 10in10ers. The fact that 16 of the 17 starters completed their 262 miles is a huge credit to the sports therapy students from University of Cumbria and our fantastic volunteer support team. 128 people have now completed the 10in10 and we are already taking applications for 2020.

“Hawkshead and Esthwaite Primary School also deserve a special mention. Each morning at 10am the children have been lining up to cheer on our 10in10 runners.  They have also been inspired to do their own challenge after one of the 10in10ers came to talk to them about the benefits of running and how that can help their community,” added Scott Umpleby.