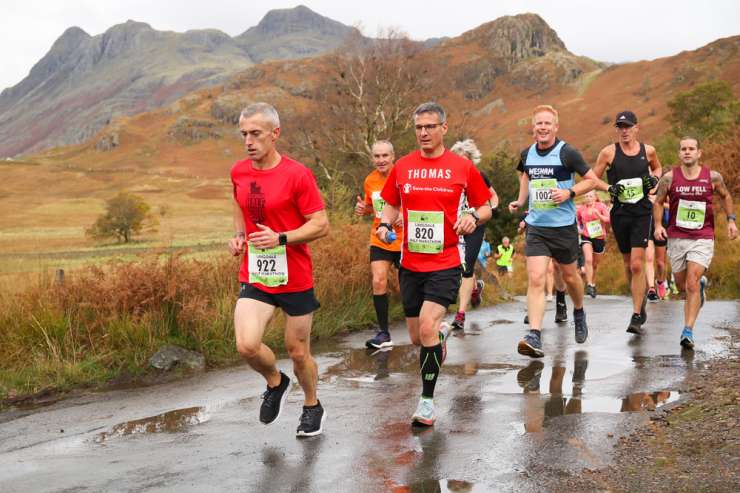 Organisers of the 31st Langdale Marathon & Half, Brathay Trust, says the popular event delivered a cracking set of results amidst a blaze of autumn colour.

Brathay took the event on in 2018 in the hope of breathing new life into a classic road race and to increase revenue for their youth charity work bringing with them their experience of organising the ASICS Windermere Marathon.

Over 800 people signed up for the Langdale Marathon races which have the reputation as being the toughest road events in the UK. Exceptionally hilly with some climbs on the course being 1:3 this challenging race attracts both seasoned runners and those looking for their next testing run.

Two key figures who couldn’t make it sent good wishes. They were race founder and patron, Rob Berry or “Rocket” Rod, who presented the prizes last year. He sent his best wishes from a cruise of the Caribbean. And Liberal Democrat MP for Westmorland and Lonsdale Tim Farron tweeted “*sighs* - So this is what I’m missing today....good luck to all the runners, it’s a tough course but breathtakingly beautiful. I am with you in spirit, though bodily I am in Westminster.”

In the half marathon Lewis Hinchcliffe from the Rochdale Harriers and Athletic Club came first in 1:22:53 and John MacDougall was second with a time of 1:25:44. The first female to cross the line was Lucy Foreman from the Cambridge Harriers in 1:39:06, and the second was Jackie Murdy from South Shields Harriers in 1:40:16.

Set in the beautiful Langdale valleys the route takes the runners in an anti-clockwise direction from Great Langdale to Little Langdale through to picturesque hamlets of Skelwith Bridge, Chapel Stile and Dungeon Ghyll.

“The weather was perfect for running, still and cool and the views were incredible and surely helping to lift the spirits of the runners,” said Scott Umpleby, Brathay’s Head of Fundraising.

“Thank you and congratulations go to all those who took part, the runners, the volunteers who marshalled key points on the route, operated water stations and our sponsors The New Dungeon Ghyll Hotel and Heart of the Lakes” added Scott.

A full set of half marathon results can be found here.

All the marathon results can be found here.