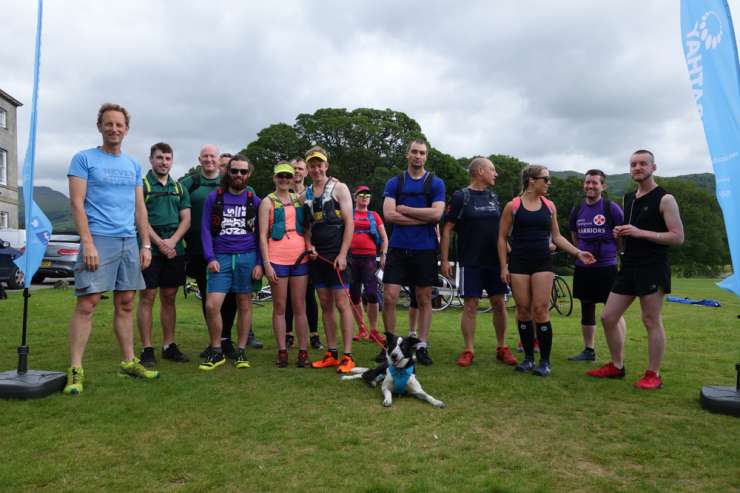 Three teams of Kendal businesses men and women went to work on Sunday to raise money for a local youth charity, Brathay Trust.

Between them they pledged to raise £4,000 to support some of the UK’s most disadvantaged and vulnerable children and young people bringing Brathay’s ‘Transforming Young Lives’ appeal closer to its £100,000 target. In two year’s over £50,000 has been donated to the appeal.

In teams of eight, they tackled a running, cycling and rowing challenge. Four team members set off from Brathay to run an eight mile course around Loughrigg Terrace. They were followed by another three who cycled 15 miles each – whilst colleagues who were not involved in either completed Brathay based activities. Everyone took part in the final leg of the challenge, to row from Brathay’s boathouse to Belle Isle and back, a distance of ten miles.

There were awards for the fastest cycling team, the fastest running team, and the fastest rowing team. The overall winner was Crosby Granger, who won the all team rowing challenge but technically were tied with Cumberland Building Society. Temple Heelis were only a point behind both.

This is not the first time the business have competed against each other as a fun fundraiser for Brathay. Last July Richard Moore organised a rowing challenge which secured £4,000 for the charity’s youth work. And last year’s winner was also Crosby Granger, in a Brathay Windermere Double Champions. The teams rowed two 10 mile lengths of Windermere and sent a pair of runners up Gummers How and back, with Crosby Granger completing all in 5 hours 22 minutes.

"It was great to work with Scott again in 2019 and to come up with some new ideas for this year’s challenge. Everyone seemed to agree the format was even better. We get an awful lot from these events and we are so pleased that it raises money at the same time."

“This is the second time we have worked with Richard on a team challenge event for local businesses and it’s fantastic to have this local support. We thank everyone for all the hard work that’s gone into being fit and ready and it’s been great to hear that it’s been fun too.”