Celebrating the women running the 10in10 on International Women's Day 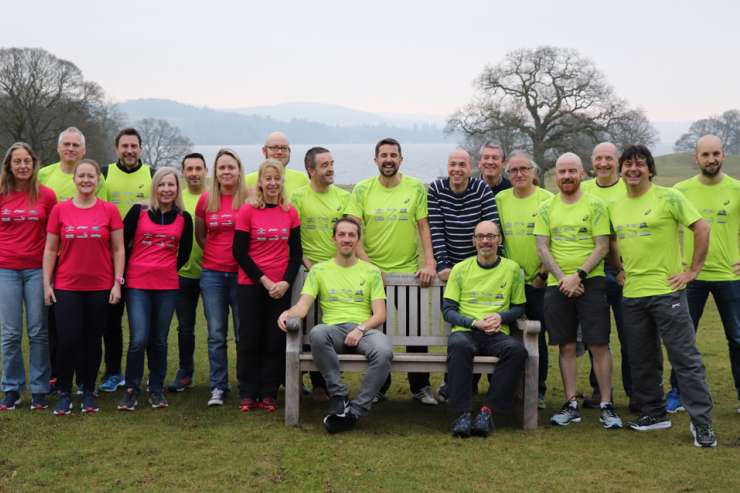 For most of us running one marathon is a lifetime’s achievement. But for a growing number of women it’s been to run the same marathon, every day for ten days. Even more amazing is that amongst the 34 women to have completed the Brathay 10in10, six of them have done so as many as two, three and four times.

And this year five more women have been offered a place, one of whom is returning for a second time. In addition to training for the event, no mean feat, they have also pledged to raise over £18,000 between them for Brathay Trust, a youth charity who organise the event to support their work with vulnerable children and young people.

Along with 15 men – also raising £3,000 each, they will run the same 26.2 miles each day. It is an anti-clockwise route circumnavigating England’s longest lake, Windermere and taking in the honey pot villages that include Hawkshead and Ambleside. It’s now one of a handful of marathons around the world whose course is entirely within a UNESCO World Heritage Site, the Lake District.

Recognised as one of the UK’s ultimate endurance running events, it was devised by academic Sir Christopher Ball, as a trustee of Brathay. He ran it aged 72, to prove that ordinary people can tackle extraordinary feats of physical and mental endurance. It has since raised over £1.2million for Brathay’s work including supporting residential programmes at the charity’s base near Ambleside and community projects in the Furness area of South Cumbria. 104 people have completed it.

With just months to go, we take a closer look at these endurance women ahead of their monumental challenge which starts on Friday (11 May) and finishes on Sunday 20 May.

And we start with the person who looks after the event and keeps a close-eye on the runners - Brathay Trust’s operations manager, Aly Knowles. She has first-hand experience of what the 10in10ers go through to train and then ultimately cross the finish line on day ten, having taken part in two 10in10s. Aly says she was lucky enough to be involved with the first 10in10 and then watched with awe when two women completed it the following year. In 2008, when many believed it was impossible for women to tackle such a physical challenge, Selina Da Silva and Michelle Atkins proved it was. It earned Michelle a place in the Guinness Book of Records, for the most consecutive marathons run by a female. In 2012, Sally Ford’s phenomenal run meant she was first over the finish line and became the second female 10in10er to enter the Guinness Book of World Records - the 10in10’s fastest woman with a time of 36:38:53 which remains unbroken today. Legal PA Kaz Hurrell has set another record by being the only woman to run the 10in10 four times and she’s keen to come back for a fifth one.

This year the five women who are taking part have very different running backgrounds, and are entered as FV35 to FV60.

Diane Morris has six children (aged between 12 and 26 years-old) and three grandchildren. She first started running eight years ago with a group of mums who were fundraising for the playgroup. Since 2013 she has completed six marathons and eight ultra-marathons.

Janet Shepherd claims she would never run for a bus until she made a start in her late forties. Making up for lost time Janet celebrated her 55th birthday by crossing the finishing line of her first 10in10 in 2013. Now she back to kick start her 60th birthday celebrations from the start line of another 10in10 challenge. Find out more about why Janet is running the 10in10 here.

Joni Southall says she has been running on and off since her school days, representing North Yorkshire in the 200m and 100m relay and enjoying cross country events in the winter months. This year she and her dad, Gary Wade, are making event history by signing up to run it together – running is clearly in this family’s genes. Find out more about Gary and Joni's 10in10 here.

Liane Warren voices the relationship many of us have with running - loving it, needing it, but not finding it easy. Running gives Lianne focus and motivation and, describing herself as a natural worrier, it is her stress-reliever and a refuge from the pressures of life too. She says she has a terrible running style, likes to eat chocolate and drink wine - but dares to hope to do something amazing.

Linda Somerville is the event’s youngest runner and ran her first marathon in Edinburgh in 2011, three months before her 30th birthday, and has been hooked ever since. Having notched up 23 marathons she shouldn’t have any problem achieving her goal of getting to 50 before she is 40, and 100 before she hits 50.

All five endurance women and fundraising heroes have only a few months of training left before their first marathon on Friday 11 May. Why not join them on their last - Sunday 20 May - when the course coincides with the one day ASICS Windermere Marathon. You never know where it may lead – this year, 15 of the 20 signed up for the 10in10 are past ASICS Windermere Marathon runners.