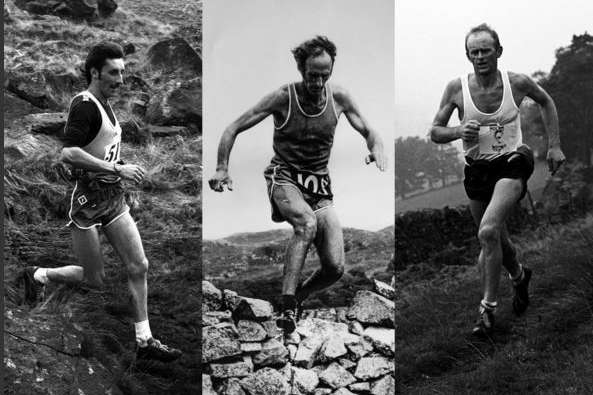 Three fell running legends reflected on their achievements, racing stories and love of the fells at a Brathay Trust organised event near Ambleside.

An audience of over 300 from around the country gathered last Friday to be entertained by Joss Naylor, Kenny Stuart and Billy Bland.

The trio, born three decades apart and from three valleys in the North and Western Lakes, set records in the 1960s, '70s and '80s of which many remain unbeaten to this day.

Joss, Kenny and Billy answered questions from the audience ranging from memories of their first race, the best technique for running down a mountain, why some of their records still stand and advice for youngsters.

The event was organised ahead of the 10th Brathay Windermere Marathon and ‘10 in10’ challenge, of which Joss is a patron. Joss also announced his plans to mark his 80th birthday, which he celebrated in February, with a 30-mile fundraising fell run based on places connected to his dad, passing former homes at Middle Row and Bowderdale.

He said: "On June 25 I will follow a route across the fells from Caldbeck to Wasdale. I'm running in memory of my father, Joe Naylor, who was born in Caldbeck and moved to Wasdale in 1927.

"This run also marks my 80th birthday and is raising funds to help some of the most disadvantaged children and young people in the UK who deserve a better life.”

Brathay’s head of fundraising, Scott Umpleby said: “It was a privilege to hear these legends talk and the high regard in which they are still held means many young people in dire situations will be supported to get their lives back on track.

"We are also incredibly grateful to Joss for fundraising for us once again with his 80th running challenge. Since he made the announcement a few days ago donations of over £4,000 have been made.”

Anyone wanting to find out more can visit Joss' fundraising page.

An auction of fell racing memorabilia on the night raised more than £10,000 for the trust which works with disadvantaged young people around the country.