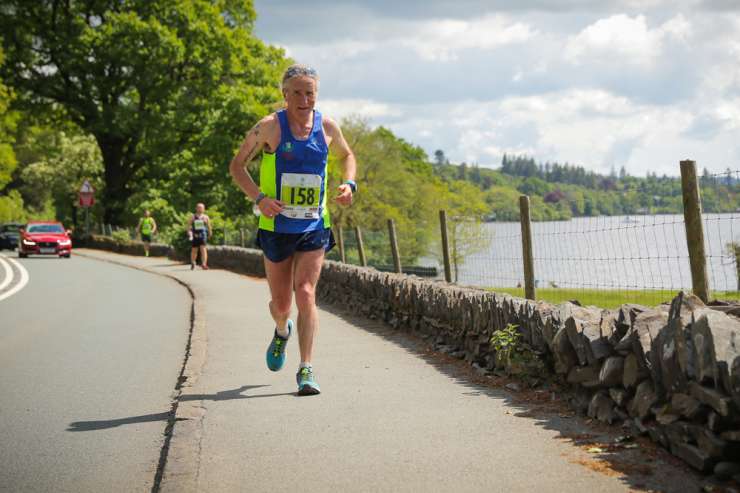 One of few unique runners to complete every one of our 10 ASICS Windermere Marathons is Gary Wade. This year is no exception as he signs up to run his 11th.

Here we catch up with the amazing 58-year-old from West Yorkshire who has now run over 300 marathons and is a member of the 100 Marathon Club.

“As you might guess, Windermere is one of my favourite marathons” said Gary.

“The place is also a firm favourite with the family as we turn the whole marathon weekend into a holiday. I actually ran the original Windermere Marathon course, in 1985 and 1986, and so I was really pleased when Brathay Trust brought the race back in 2007 and I have come each year since then. My fastest time is 03:26:00 and my slowest is 04:02:59.

“I ran my first marathon in 1985, the Bolton Marathon and 22 years later ran my 100th in Stratford Upon Avon. My 200th was in Lyon in 2011 and my 300th was the Windermere Marathon in 2015.  I have run all over the world including San Francisco, New York, Krakow, Marrakesh and many of the big European capital cities. My running has also taken me across the length and breadth of Great Britain and Northern Ireland.

“I have run two marathons through tunnels - Greenwich and Elb in Hamburg and I’ve tackled night marathons in Belgium. My Ultra marathons have taken me along various canals, including the Glasgow to Edinburgh, and another water side run was the Highland Fling, a 53 mile run along Loch Lomond.

“My eldest daughter Joni Southall has the running bug. She has run over 30 marathons, including Windermere twice, and hopefully, this year, a third time.

We have known so many people who have completed the Brathay 10in10 and we always try to come up and support them ahead of the marathon on Sunday - their 10th lap of Windermere!