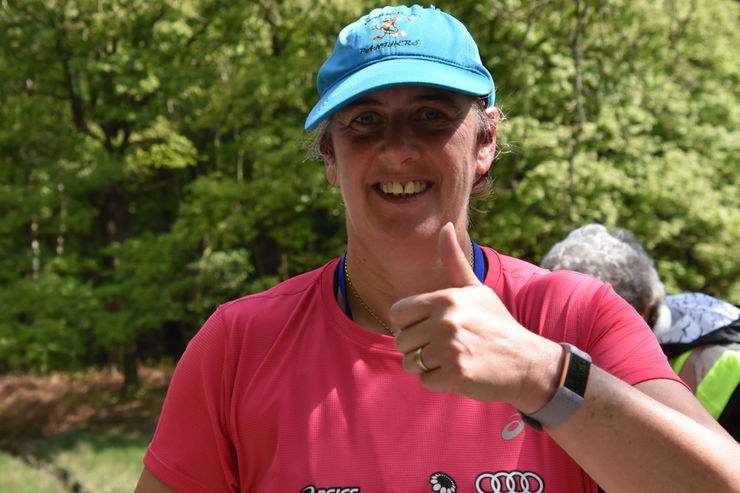 Sonja Farish has worked tirelessly to make life better for her community, raising over £50k for various charities including our work with disadvantaged youngsters in the Furness area.

A leisure centre duty manager, instructor and swimming teacher, Sonja is also a role model for those taking up running for the first time. She set up a beginners running group, now the Parkside Panthers, in 2004 when she tackled her first marathon and she’s a dedicated member of Barrow and Furness Striders.

Sonja says her half century goal is to raise as much money as possible this year to support young people in Barrow and she is hoping people will join her by having a go at running at an event she’s organised on Saturday 14 March at the Furness Academy, Park Drive, Barrow-in-Furness. It’s open to everyone she says, with a race against the clock to run a mile, a children’s running race and six-hour running challenge for individuals or teams.

It’s all part of her countdown to her fifth 10in10 challenge which starts on Friday 8 May. Sonja will run the same marathon every day, for 10 consecutive days, around England’s largest lake, Windermere. Upon completion she will also become the first woman to run five Brathay 10in10’s. And the last day of the 10 in 10 will also be her 100th recorded marathon and 50th marathon for Brathay.

Just two days after her 10in10, Sonja will face her second challenge, to swim 10 miles in Windermere and then go on to complete the Brathay 262 event, cycling 262 miles in 24hrs on Saturday 20th June.

Sonja said: “Getting into running has been so good for me, from the challenge of doing it and the fitness benefits, to meeting so many incredible, supportive people. I remember getting started and how much it hurt to run three miles but it’s amazing what you can achieve if you put your mind to it. I got a lot of help from Barrow Striders who ran with me in those early days. They are still an inspiration to me today. I also love to hear about beginners getting the running bug, encouraged by friends and other runners to keep going. Running seems to change everyone’s lives, it has a very positive impact,” added Sonja.

All profits raised will help to fund our work with vulnerable young people in Barrow and the wider Furness area.

To find out more about Sonja challenge which starts on Friday 8th May and finishes on Sunday 17th May visit: www.brathaychallenges.com/events/running/10in10.

Donations would be gratefully received on: https://www.justgiving.com/fundraising/sonja-farish-halfacentury