Largest field ever to run the Brathay 10in10 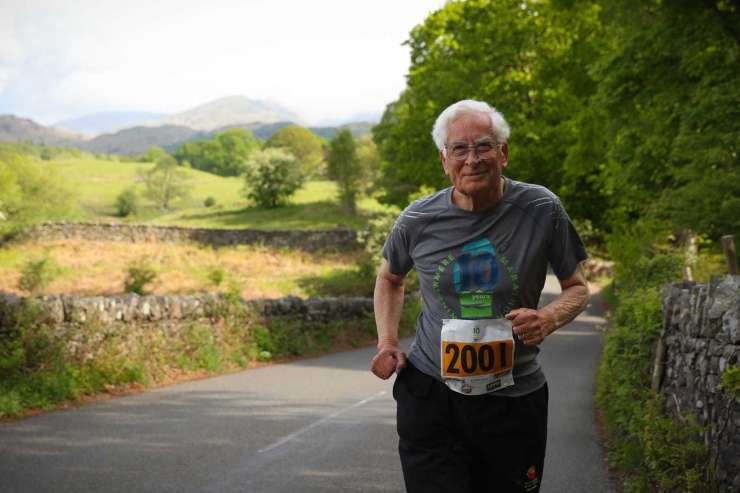 The largest number of runners yet will be taking part in our annual May challenge to run the Windermere Marathon course every day for 10 consecutive days around England’s largest lake.

Since the Brathay 10in10 first took place in 2007, 104 people have completed it. The smallest cohort to run it were the seven who ran the first one. This year 20 have been offered a place. Another first for the 2018 event is the number of runners who have converted to it from competing in its sister race, the ASICS Windermere Marathon. Fifteen ran that, some as many as three, four or five times and one, Gary Wade, has run the course 12 times. And, making a hat trick of firsts for the Brathay 10in10, Gary is running it with his daughter, Joni Southall.

The reality of participating in one of the world’s most difficult marathon challenges becomes real when they all meet for the first time at a training weekend based here at Brathay Hall (13th-15th January).

The five women and 15 men from all over the country include two local runners. They are the general manager at the Ryebeck Hotel in Bowness, Duncan Evans – running in the MV45 category – and John McCann, a member of Kendal Athletics Club who lives in Morecambe, who is entered as a MV65.

“This training event helps everyone get ready for May” explained our Operations Manager Aly Knowles.

“The runners receive important advice on hydration, nutrition and sports therapy and, most importantly, they run a practice marathon – although unusually nearly all are already familiar with the course” added Aly Knowles.

Each runner has to raise at least £3,000 in order to compete in the event so sharing fundraising tips and learning about the work of the charity is also part of the weekend.

Recognised as one of the UK’s ultimate endurance running events, it was devised by academic Sir Christopher Ball (pictured above), as a trustee of Brathay. He ran it aged 72, to prove that ordinary people can tackle extraordinary feats of physical and mental endurance. It has raised over £1.2million for our work with children and young people including supporting residential programmes at the charity’s base near Ambleside and community projects in the Furness area.

The 20 fundraising heroes have just 17 more weeks of training before their first marathon on Friday 11 May. Profiles of each runner can be found on our Brathay Challenges website here. Videos and updates will be shared via twitter @BrathayEvents and facebook @BrathayRunning.