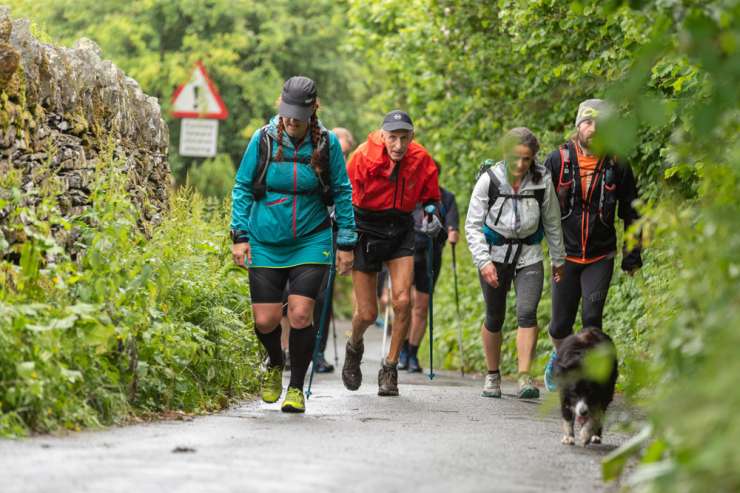 Eighty-three-year-old running legend, and shepherd, Joss Naylor MBE is hoping to rewrite his racing history on Saturday 20 July by returning to finish a gruelling fell race he entered in his 20s.

He will run it in memory of George Brass the only runner who finished the 1962 Lake District Mountain Trail out of the 55 who entered it, including Joss. A severe test of stamina and navigation, and still held every autumn, the Mountain Trial involves ascents and descents of almost 8,000 feet on varying routes, always in the Lake District.

The route for Joss' run can be found here.

Joss has entered every Lake District Mountain Trail since 1960, except for one. The 1962 event took place in exceptionally poor weather and Joss says it has always bothered him that he had to retire from the race due to severe cramp and the appalling weather conditions. So, he’s back to complete unfinished business.

Joss is again raising funds to support us. He has been an active supporter of the charity and Patron of our annual 10 marathons in 10 days challenge for 13 years. During this time Joss has personally raised over £50,000 to help vulnerable and disadvantaged young people.

“Joss likes a challenge and he’s devised a few over the years to mark various milestones. In 1986, aged 50 he ran all the Wainwrights in seven days, at 60 he ran 60 Lakeland fell tops in 36 hours and at 70 Joss ran 70 Lakeland fells. Last June he trekked 30 miles from his birthplace at Wasdale Head to Brathay’s base near Ambleside.

“This year he is setting off at 10am on Saturday 20 July to complete the route of his 1962 Lake District Mountain Trail. He will start from Kirkstone Pass, head over Stoney Cove Pike, on to Thornthwaite Crag and High Street. He will then start his descent at Angle Tarn and finish in Patterdale via Place Fell.

“We’re hoping that the local fell running community will get behind Joss and encourage their junior club runners to join him on his latest fell challenge.

“Fell running is growing in popularity but when Joss started there was very little awareness of the sport. In addition to running fitness it requires navigational skills, an ability to quickly read the terrain and the nerve to descent steep, rocky hillsides quickly. As a hill farmer and shepherd Joss grew up working on the fells around his home in Wasdale. He still has an appreciative eye for the Herdwicks he comes across and helps on his son’s farm.

“This incredible man continues to be an inspiration to all and we are very fortunate to have his support,” added Scott.

The record-breaking iconic fell runner has completed 51 Lake District Mountain Trails, winning 10 times. At his peak in the 1970s, Joss broke the Lake District 24-hour record three times, won the Ennerdale Horseshoe fell race for a ninth consecutive time and ran the fastest known times on the Three Peaks, Welsh 3,000ers and Pennine Way. In 1976, he was also awarded an MBE for his work with sport and charity.

We work with over 7,000 children and young people every year, close to their homes or on a residential in the Lake District, inspiring them to make positive changes that last a lifetime, with programmes focusing on increasing their wellbeing.