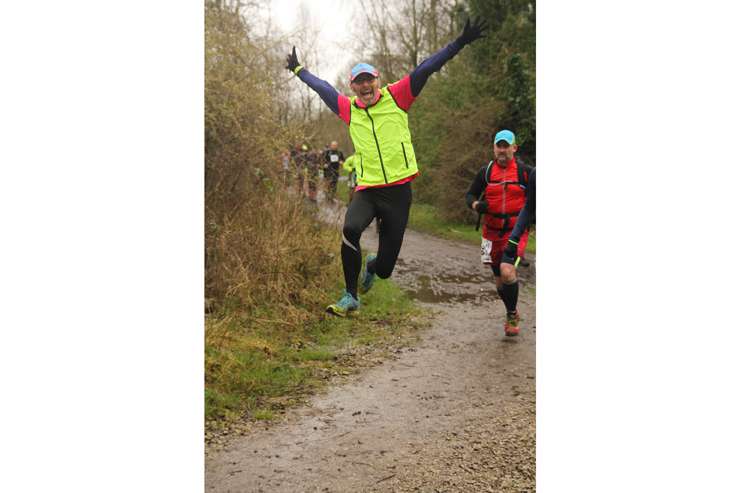 We want to say a big thank you to our 10in10 runner Malcolm Collins. In the last six years he has raised over £10,000 to support our work with young people by organising the Gin Pit Double Marathon. And last weekend, in the wettest of conditions, 114 runners took part in this seventh annual event.

Amongst the hardy runners were five who are tackling this year’s 10in10 - Mike Sprot, Sonja Foster Matt Bellingham, Kevin Blackhurst and Malcolm. Trudi Dewar came to lend her support as a spectator as she is resting an injury. Joining this year’s 10in10ers were past participants, Mark Bradshaw and Jonathan Carter who was notching up his 100th marathon.

Malcolm believes the event is the longest running and only true double marathon in the UK using a single 26.2 mile loop course.

Starting and finishing at the Miners Welfare Club in Gin Pit Village, near Tyldesley, Manchester, it’s also unusual because it’s a run through the industrial heritage of the area. Gin Pit was a coal mine and the course takes in 11 miles of canal tow path, 12 miles of trails on mostly disused railway lines and only 3 miles on public roads.

Malcolm says his inspiration for the first event was the lack of local marathon, his plan was to hold it just once. Thanks to help from family, friends and his club, Astley & Tyldesley Road Runners, it’s proved to be a very popular and one that runners keep coming back to.

This year 61 runners completed the Saturday marathon, 53 runners finished the Sunday one and 29 managed both.