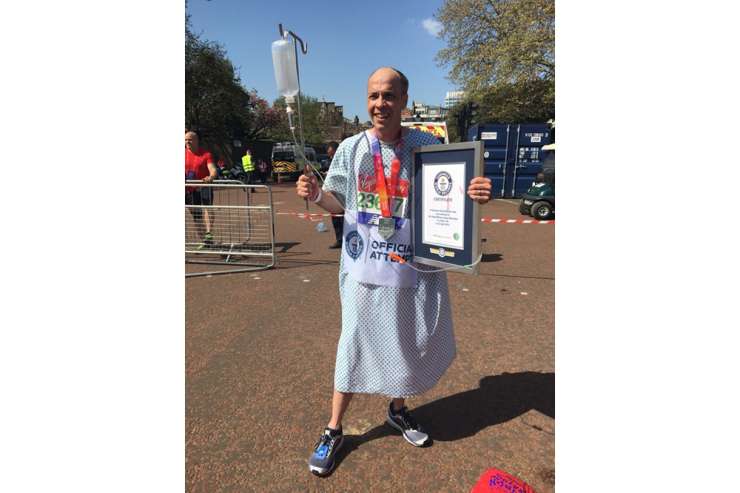 Thank you and well done to two runners who raised money for Brathay by running the hottest London Marathon on record.

For Helen Wildman completing a marathon, which she did in 5hrs 25minutes, has been a long held ambition. Whilst always sporty at school and university, and increasing her running distances from 10k to a few half marathons, in the last six years her focus has been on raising her two children. So we are really pleased she has achieved her challenge of running a marathon before her 40th birthday whilst raising money for the children and young people we support.

We are also delighted that Jonathan Carter’s London Marathon means he is now a Guinness World Record holder. His time of 3hrs and 40mins secured him the title of fastest marathon dressed as a hospital patient, a fundraiser for us and the hospital’s dignity room where he works. A last minute change of criteria meant he had to run carrying, rather than pushing, a saline drip and stand. The extra weight, including 1000mls of water, wasn’t something he had trained for and he also had to finish in a faster time to achieve the record.

For most people running the London Marathon is a tough enough challenge in itself. However, on Friday 11 May Jonathan will start his second Brathay 10in10 - running the ASICS Windermere Marathon course every day for 10 days while raising further funds to support young people.

Helen and Jonathan were shocked and saddened to hear about the death of Matt Campbell who was also running the London Marathon for us.