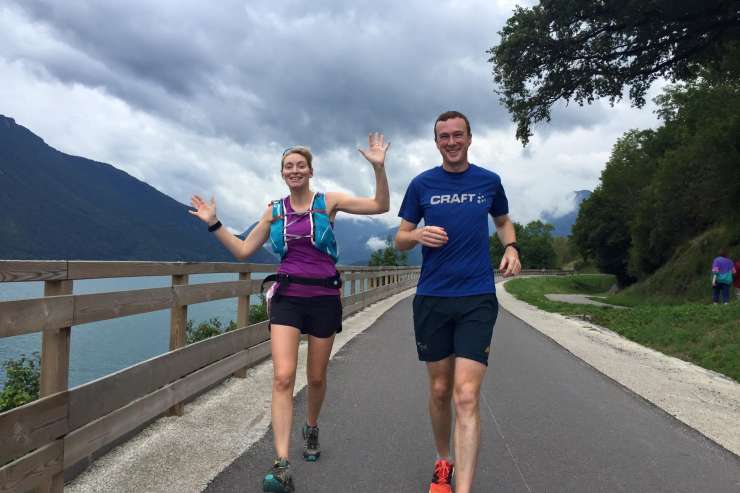 It’s been inspiring to hear of continuing running successes for Sally Ford and Matt Dunn who ran our 10in10 in 2012. Sally’s phenomenal run meant she was first over the finish line and she entered the Guinness Book of World Records as the 10in10’s fastest woman; her time of 36:38:53 still stands unbroken today.

Now a couple, they regularly run multiple and ultra-marathons have had busy 12 months and here are some of their highlights:

For Sally - she recorded her best London Marathon time (3:08); was the 1st Vet35 and third lady to cross the Windermere Marathon finish line; came 1st in her age group at the Laugavegur Ultra in Iceland; won the Ultimate Trails 110km (for the 2nd year in a row); finished 2nd at the 185 mile King Offa's Dyke race and this January she finished third overall and was first female back in the Global Adventures Cambodian Race.

As for Matt, who said he would take a break from marathon pacing, he ran his fastest London Marathon 3:05 but then was back pacing at the Milton Keynes marathon. He also raced in Iceland, Cambodia and San Francisco and tackled the inaugural Brathay 262 with nine other cyclists from around the country. Matt managed nine of 10 laps of Windermere in 24 hrs, despite a downhill crash during training, and helping to raise £7,000 for our work with young people.

The whole family, Matt, Sally and their children - Evie 9, Isla 7, Tom 9 and Holly 12 - also did a fundraising 'Lap of the Lake'. Their foot and bike journey raised an impressive £600 for Brathay.

In terms of what next, Matt says the next big challenge is the Comrades Marathon (52.4 miles) in South Africa this June and by way of a warm up for that they are both running the London Marathon and our ASICS Windermere Marathon. Why not join them by signing up too.