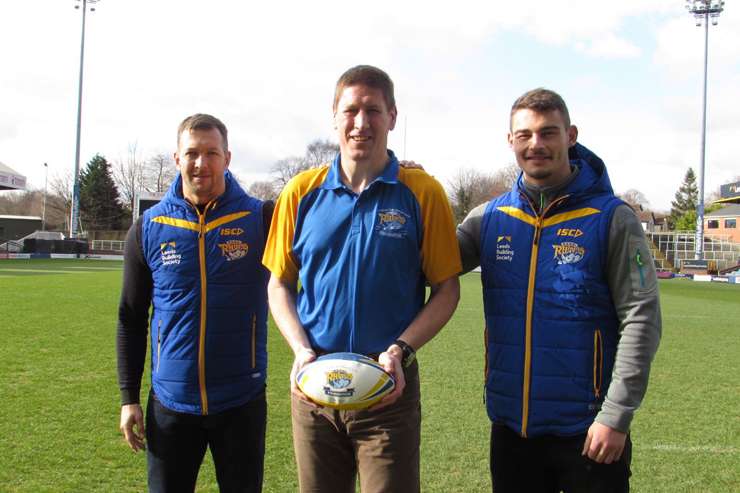 Leeds Rhinos Foundation's Director of Operations, Bob Bowman QPM, is set for an epic physical challenge which will see him attempt to complete an incredible 15 marathons in 15 days to raise money for charity.

Bob, who served 29 years with West Yorkshire Police and was awarded the highly prestigious Queens Police Medal in 2014, will begin his endurance test on 12th May and has set a target of raising £25,000 to help disadvantaged youngsters in Leeds.

The 15 in 15 Challenge is the start of a new partnership between Leeds Rhinos Foundation and youth charity Brathay Trust, which will see the two charities work together to help hundreds of young people who are in difficulty turn their lives around.

Initially, Bob will join fellow fundraisers taking on the Brathay 10in10 running event, that involves runners completing 10 marathons over 10 consecutive days around England's longest lake, Windermere. Although the 10in10 has been described as the 'UK's ultimate endurance running event' Bob has decided to test his stamina even further and will keep on his running shoes for another five days to complete an additional five marathons.

Speaking about his decision to run 15 marathons Bob said: "I am really looking forward to taking on this challenge which will hopefully raise vital funds to grow the work and impact of Leeds Rhinos Foundation and its partnership with Brathay Trust. Both charities are committed to delivering projects that will assist in the development of the potential of some of our most vulnerable young people in Leeds.

"Brathay Trust recognise that everyone has the potential to do extraordinary things that can inspire and benefit others. This drives our shared mission to improve the life chances of children, young people and families in Leeds by inspiring them to engage positively in their communities.

"I am really hoping that Rhinos fans and followers of this great Club and Foundation recognise that at 50 I am really stepping out of my comfort zone and taking on a tough challenge. Since 2007 only 94 people have completed the Brathay 10in10 challenge, I am determined to increase that number by completing that part of the challenge and then the attraction of running home to Headingley Carnegie Stadium was too good to resist, hence five more marathons!

"Nothing would make me prouder than to see the fundraising target I have set myself exceeded via the generosity and support of the Rhinos fans and followers."

Bob's 15 in 15 Challenge will culminate in a hundred days when he is aiming to finish in front of a huge crowd at Headingley Carnegie Stadium ahead of the Leeds Rhinos' fixture against Warrington Wolves. He will be warmly welcomed by the Rhinos squad who have given their backing for the heroic challenge.

Rhinos captain Danny McGuire said: "As rugby players we push ourselves to the limit every week but for Bob to have to do this every day for 15 days is a huge challenge and I wish him the best of luck.

"This will be an extremely hard test and I am full of admiration for what Bob is doing, it is an incredible challenge and will raise money which will go a long way to helping disadvantaged young people.

"Myself and everyone at the club are behind him and we are urging the Rhinos community to dig deep and support him and we look forward to welcoming him back in one piece in time for our game against Warrington game."

To launch the new partnership and to mark 100 days until the final marathon, Bob was joined by McGuire and fellow Rhinos star Stevie Ward along with Scott Umpleby, Head of Fundraising at Brathay Trust and their Head of Community Provision, Jenni MacDuff.

"We have plans to grow the partnership over coming year, and Bob's challenge will kick start the much needed funding to ensure we have a lasting impact across the city."