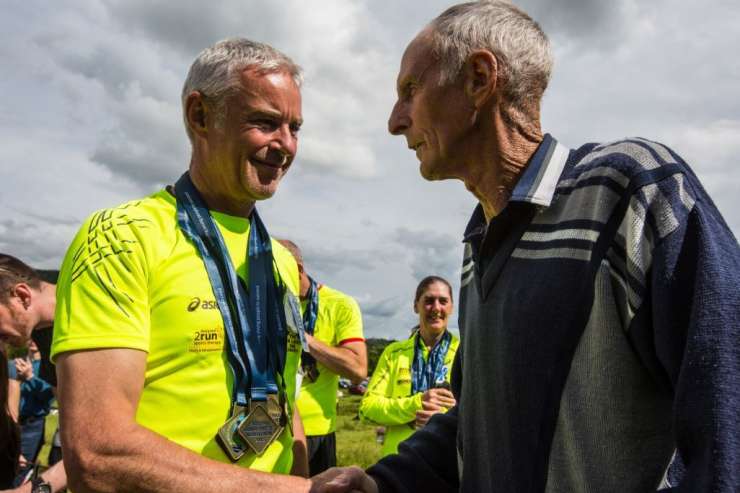 Over the last 16 years publicans Paul and wife Trudi have raised around £70,000 for good causes across the area. Starting out with pub quiz fundraisers at the Kendal Arms, Paul then discovered our ASICS Windermere Marathon and in 2012 embarked on his first 10in10. Since then he’s run other marathons and long distance triathlons to in support of our work.

This May the 51-year-old set himself his biggest challenge yet - a 21 day Herculean ‘To Hell and Back’ ultra-triathlon. With the help of Trudi, their staff at the Stan Laurel Inn Ulverston and supporters he raised £20,000 by cycling 1,350 miles, swimming the length of Windermere and running 10 marathons in 10 days.

Completely taken aback by his award, Paul said it was definitely a group effort and that he was glad to be able to raise awareness of our work and funds for local young people.

As Paul explained: “We hear so many bad stories about the world we live in, it’s been heart-warming to find that people are incredibly generous and communities rally around in support of each other. I also got to do something I enjoy, well perhaps not at the time but certainly afterwards.”

As for his next challenge, Paul has his sights set on two triathlons, an overseas ‘Ironman’ and ‘The Lakesman Triathlon’.

Could you take on the challenge of the ASICS Windermere Marathon or the Brathay 10in10?