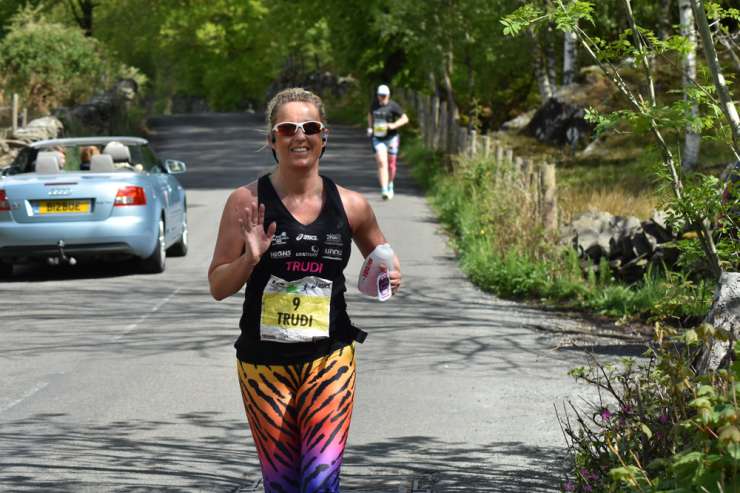 The Stan Laurel’s Trudi Dewar has had plenty experience supporting others to run it and says it’s now her turn to have a go at one of the UK’s hardest endurance events.

Overcoming immense physical and psychological challenge, she will run the same marathon each day, an anti-clockwise road circuit around England’s longest lake, Windermere. Trudi is hoping to raise over £3,000 for our work with local, vulnerable youngsters helping them to turn their lives around.

“I have watched, lived and breathed the Brathay 10in10 as part of the official support team for the last four years. In 2016 it finally got under my skin and I thought, if they can do it, I can too.

“As well as the 10in10ers my inspiration has been my husband Paul. He has completed, amongst other things, two 10in10’s, multiple Ironman triathlons and, nine months ago, his own ‘To Hell and Back’ challenge.

“I ran when I was younger representing the English Schools Athletics Association as a county champion sprinter but I have only ever run one marathon to mark my 40th Birthday.

“I didn’t think that two years later I would be signed up to run 10. I just want to show that anything is possible. I hope that if people see someone ordinary like me, without an endurance running background, they will have a go at pushing themselves out of their comfort zone” added Trudi.

Husband Paul Dewar is in charge of Trudi’s training which began last July (2016).

“Our lounge has been turned into a gym with a rowing machine and bikes” she said.

“At the start of each week Paul produces my schedule, which is aimed at building up my strength and stamina and keeping me injury free. In the coming weeks I will start to focus on back to back running and endurance work.”

Trudi and her husband Paul have been involved us since 2012, the year Paul signed up for his first 10in10. Since then Paul has completed other challenges for Brathay. The Dewar’s have raised over £30,000 for us and donated a lot of their time.

“My goal is to complete a marathon each day to the best of my ability. I expect I will be running for between five to six hours every day.

“I feel very honoured and privileged to have been chosen to join the 2017 10in10 team. Brathay Trust is a fantastic charity, they do amazing work. I hope to raise as much money as I can and I know it will go directly to supporting young people for whom all else has failed.”

Trudi’s challenge starts on Friday 12 May and ends on Sunday 21 May.

To find out more about Trudi and to sponsor her please visit.