We wish you well, our London Marathon runners 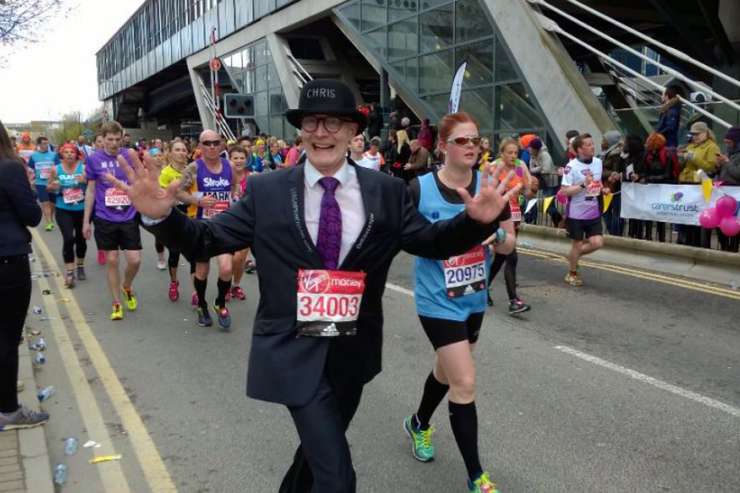 This Sunday, 23 April, around half a million runners, including wheelchair participants, elite and fun runners will set off to run the 37th London Marathon. Billed as the biggest mass participation sporting event in the world the 26.2 miles course takes in the iconic sites of the capital.

And amongst those taking part are our six gold bond runners. They are: Gina Pennington, who is back to tackle her second one and in fancy dress; Jane Lightfoot who is running for us after an introduction to Brathay through last year’s ASICS Windermere Marathon. Jo Pendered is another of our female runners, as is Kimberley Clarke, who says the event is on her bucket list. We also welcome Yuk-Lam Collins, a primary school teacher, married to serial 10in10er Malcolm Collins and who hasn’t run a marathon before.

We also salute the great Steve Edwards, a 10in10 club member, and a regular ASICS Windermere marathon runner. Steve’s on target to make the London Marathon his 700th sub 3:30, his ultimate goal is to complete a 1,000 marathons. We are delighted that he ran four successive Brathay 10in10s, starting with the inaugural event in 2007.

Like so many of our wonderful runners Steve is a great advocate of running. He says it is good for body and soul, and keeps him physically and mentally fit. He also says there’s a great camaraderie and social aspect to running and it’s got him to parts of the world he would never normally see.

We wish them all well and we say a big thank you to our gold bond runners for all their training and fundraising.

Why not make a donation to spur them on and sign up for the ASICS Windermere Marathon, a favourite of Steve’s.